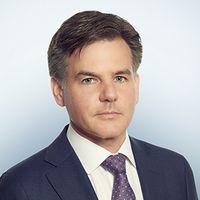 Amendments to the charters of Delaware corporations are advisable as a result of a new amendment, effective August 1, 2022, to the Delaware General Corporation Law (the DGCL) that permits the extension of exculpation rights to executive officers.

Delaware law has long permitted a corporation to include a provision in its certificate of incorporation that eliminates or limits the personal liability of directors for monetary damages arising from their breaches of fiduciary duty, subject to basic exceptions.  Delaware has now amended Section 102(b)(7) to expand this exculpation right to be available to cover executive officers as well.

This amendment to the DGCL is a response to the increasing frequency of shareholder suits where the plaintiffs name executive officers, including general counsels, as defendants.  Often these suits follow the closing of a sale of the corporation.  It is not uncommon for such suits to include a claim that the general counsel breached his or her duty of disclosure in connection with the preparation of the merger proxy statement or Schedule 14D-9.  Others have alleged that the general counsel engaged in conduct that impeded the fulfillment of the Revlon duty to seek the best price reasonably available when selling control of the corporation.  In some of these cases, the courts have dismissed claims against some of the pre-closing directors, because they were exculpated under the corporation’s charter, but allowed claims to proceed against the pre-closing officers, because, prior to this amendment to Section 102(b)(7), they could not be exculpated from personal liability in a similar manner.

The amendment to Section 102(b)(7) allows a corporation to protect against this perverse outcome by amending its charter to expand the exculpation provision (already contained in the charters of virtually every IPO-pipeline company and publicly traded company) to cover officers.  Adoption of this charter amendment will require board and shareholder approvals.

For most corporations, the drafting of the amendment will be simple.  All that is needed is insertion of a reference to “officers” in the existing exculpatory provision that covers directors.  An illustrative form of this provision is as follows:

However, even with this change to Delaware’s exculpation regime, officers will continue to have exposure in one circumstance where directors will remain protected.  Officers will remain vulnerable to liability for “any action by or in the right of the corporation.”  In other words, the board (including in response to a shareholder demand) may still elect to sue officers and recover damages.  Importantly, the ultimate determination of whether to bring such suits against officers will lie with the corporation’s directors (and not the shareholders) so long as disabling conflicts do not taint all the directors.

The other standard exceptions to exculpation will apply equally to both directors and officers:  for breaches of the duty of loyalty (i.e., where the director or officer acts for personal benefit rather than the good of the corporation), actions or omissions in bad faith, knowing violations of law, unlawful dividends and stock repurchases, and transactions from which the director or officers derives improper personal benefit.

The amendment to Section 102(b)(7) fixes a troubling imbalance in the DGCL that plaintiffs’ lawyers have been exploiting to increase settlement value of suits that have little or no benefit to the corporation or its shareholders.  Adoption of a simple charter amendment to take advantage of this fix will now allow officers to avoid liability to shareholder plaintiffs when acting in good faith, while preserving (1) the ability of shareholders to impose personal liability on directors and officers for breaches of the duty of loyalty and (2) the ability of boards, where appropriate (including following a shareholder demand in a derivative litigation), to bring damages claims against officers for misdeeds even if they were the result of good faith actions.

One open question is how institutional shareholders and proxy advisory firms will react to proposals to amend the charter in this manner.  The answer, in the case of listed companies, may depend on:

We believe that it would be sensible for institutional shareholders and proxy advisory firms to support these charter amendments at all companies due to their strong policy rationale and the meaningful limitations on exculpation of officers embedded in the amended statute.  But we recognize that assuring that sensible minds will prevail may take some thoughtful and deliberate efforts on the part of corporations in their engagement with shareholders.

In sum, this new amendment to the DGCL is good news and presents an opportunity that all Delaware corporations ought to take advantage of by amending their charters by no later than their next annual shareholders meetings; but, while the drafting and rationale for these charter amendments is straightforward, there may be some additional work to do to assure that institutional shareholders and proxy advisory firms are on board.