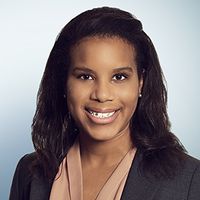 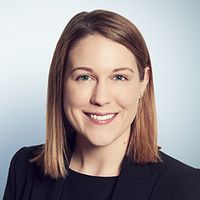 Under 28 U.S.C. § 1782, a district court may grant discovery “for use in a proceeding in a foreign or international tribunal.”  For years, federal courts of appeals have split on how to interpret the scope of this statute.  In particular, circuits have diverged on whether “tribunal” should be interpreted broadly to include private commercial arbitrations, and have provided mixed guidance on whether Section 1782 discovery is permissible for investment treaty arbitrations.

On June 13, 2022, the U.S. Supreme Court decided two consolidated cases, ZF Automotive US, Inc. v. Luxshare, Ltd. and AlixPartners, LLP v. Fund for Protection of Investors’ Rights in Foreign States.  Together, the cases presented the question of whether Section 1782 permits discovery in support of arbitral proceedings.  The Supreme Court held unanimously that the statute permits discovery in support of proceedings only before “governmental or intergovernmental adjudicative bodies”—that is, bodies that wield governmental authority, such as a foreign court.

Courts of appeals have long disagreed on whether Section 1782 provides for discovery in aid of private arbitral proceedings.  In 2021, the Supreme Court granted certiorari to resolve this split in Servotronics, Inc. v. Boeing Co., only to have the petitioner voluntarily dismiss the case earlier this term.  It was no surprise, then, when the Court granted certiorari shortly afterwards in the two consolidated cases at issue in this decision.

The first case, ZF Automotive, involved a private commercial dispute between a Michigan company and a Hong Kong company over the sale of several business units.  The parties had agreed that disputes would be submitted to arbitration before the German Institute of Arbitration (“DIS”), a private arbitral institution in Germany.  Applying Sixth Circuit law holding that Section 1782 applies to discovery in aid of foreign private commercial arbitrations, the district court granted the Hong Kong company an order compelling discovery from the Michigan company.  The Michigan company then appealed to the Sixth Circuit and ultimately petitioned the Supreme Court for (and was granted) certiorari before judgment.

The second case, AlixPartners, involved a dispute between Lithuania and a Russian investor over a failed bank.  The Russian investor initiated arbitration under the Lithuania–Russia bilateral investment treaty, arguing that Lithuania had expropriated certain investments in the bank.  The treaty entitled the investor to bring its arbitration in several forums, and from those, the investor chose ad hoc arbitration under the rules of the United Nations Commission on International Trade Law (“UNCITRAL”).  The investor also filed a Section 1782 application in New York, seeking discovery from the temporary administrator of the failed bank.  The district court granted discovery and the Second Circuit affirmed, reasoning that the ad hoc UNCITRAL tribunal was a “foreign or international” tribunal within the meaning of the statute because, on balance, it did not possess the “functional attributes most commonly associated with private arbitration.”

The Court further reasoned that the drafting history of Section 1782 reveals the animating purpose of Section 1782:  providing comity to foreign and international governmental bodies by permitting federal courts to assist those bodies.  Private bodies, by contrast, do not receive comity. As the Court explained, Congress would not have “len[t] the resources of district courts to aid purely private bodies adjudicating purely private disputes abroad.”

Having determined that only proceedings before bodies imbued with governmental or intergovernmental authority qualify for Section 1782 discovery, the Court analyzed whether the two cases before it involved such bodies, and concluded that they did not.  The Court observed that the DIS arbitration involved two private parties, which agreed to arbitrate disputes before a private dispute-resolution organization and selected their own arbitrators.  The DIS panel, the Court concluded, was thus a “private” rather than “governmental” tribunal.  As to the Lithuanian investment arbitration, the Court’s analysis was driven by the question:  “Did [Lithuania and Russia] intend to confer governmental authority on an ad hoc panel formed pursuant to the treaty”?  The Court’s answer was no.  Particularly persuasive to the Court was that the treaty allowed the Russian investor to seek relief before Lithuanian courts or before an ad hoc panel that does not exercise governmental authority.  The Court found that Lithuania and Russia had intentionally made the ad hoc tribunal “materially indistinguishable” from a private panel, to give investors foreign to Lithuania the option of arbitrating their disputes before a “private arbitration panel that operates like commercial arbitration panels do.”

The most obvious result of the Supreme Court’s decision is that Section 1782 discovery will no longer be available for use in private commercial arbitrations.  As a result, litigants in such proceedings will need to seek production of evidence directly from the relevant tribunal and rely on that tribunal’s power to enforce its own discovery orders.  In certain circumstances, legislation governing arbitral proceedings in foreign jurisdictions may authorize non-U.S. courts to assist in gathering evidence for arbitrations. Examples of jurisdictions that empower courts to order the production of some form of evidence for commercial arbitrations include the United Kingdom, Germany, Hong Kong, and Singapore.  Thus, ZF Automotive does not foreclose all court assistance, but only U.S. judicial assistance and the corresponding access to U.S.-style discovery.

That language may leave open the door to Section 1782 discovery for a discrete subset of investment-treaty arbitrations.  In particular, litigants may well argue that ICSID arbitrations are sufficiently “imbued with governmental authority by multiple nations” to satisfy the ZF Automotive threshold.  To support that argument, they could note that ICSID is an arm of the World Bank, an intergovernmental organization.  They might also point out that ICSID arbitrations are subject to the rules and procedures of the ICSID Convention, a multilateral treaty, and ICSID tribunals derive their authority not only from the parties’ consent to arbitrate, but also from the relevant states being parties to the ICSID Convention itself.  ICSID awards are also entitled to full faith and credit in U.S. courts, just as a decision of a court in a U.S. state, and they may only be challenged under the annulment procedures of the ICSID system, under which the reviewing arbitrators are chosen by sovereign parties to the ICSID Convention or by ICSID itself.  Such proceedings may involve sufficient exercise of “governmental authority” to qualify for Section 1782 discovery.  Given these factors, we may soon see ICSID arbitration-related discovery requests testing the precise contours of the Supreme Court’s decision.