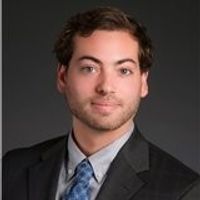 On May 24, 2022 YJ Fischer, the director of the U.S. Securities and Exchange Commission Office of International Affairs, gave a speech on recent regulatory developments related to the continued inability of the Public Company Accounting Oversight Board to inspect the audit work papers of U.S. listed Chinese companies, and the implications for continued trading of China-based issuers on U.S. exchanges. Under the Holding Foreign Companies Accountable Act (HFCAA) U.S. listed Chinese companies face delisting from U.S. exchanges as early as 2024 if the PCAOB remains unable to inspect the audit papers of the independent auditors of such companies, and Congress is considering legislation that could accelerate that deadline to 2023.

Ms. Fischer began her remarks with an overview of the current state of affairs. The Sarbanes-Oxley Act, adopted in 2002, established the PCAOB to oversee public company auditors. The PCAOB is required to inspect the audit work papers comprising the materials reviewed by public company auditors in connection with preparing their audits. Access to these materials is viewed as critical to ensuring the integrity of public company financial statements. China has never permitted the PCAOB to access these materials, often relying on the claim that doing so would compromise national security.

In response to this impasse, in 2020 Congress passed the HFCAA, pursuant to which:

Subsequent to adoption of the HFCAA, Congress has taken up legislation that would reduce the number of years in which an issuer may have a deficient audit before mandatory delisting from U.S. exchanges from three to two. Both the U.S. House of Representatives and Senate have passed separate legislation which would reduce the number of years from three to two, but the change has not yet been signed by the President.

Current Lay of the Land

Ms. Fischer expressed skepticism of assertions by the Chinese authorities that national security concerns justified refusing to provide the PCAOB with audit work papers. She noted that the PCAOB is able to inspect and investigate registered firms in more than 50 other countries, for whom national security concerns have not raised obstacles to the inspection and investigation of auditors. She further noted that audit work papers generally comprise documentation such as: general ledgers and summaries; schedules of accounts or transactions; organizational charts, as well as investor and ownership information; audit evidence that supports an auditor’s evaluation of corporate transactions and management’s estimates, judgments, and accounting of those transactions; and information concerning the effectiveness of the company’s internal controls over financial reporting. In her view, these materials should not contain information sensitive to national security.

Resolving this impasse has become increasingly time sensitive. If Congress accelerates the trigger for delisting Chinese companies from three years to two, the PCAOB and the Chinese authorities may have only a matter of weeks to reach an accommodation. Although regulators in both countries have been engaged in discussions on PCAOB access to audit work papers, and there have been some encouraging news  reports of Chinese willingness to reach accommodation with the US on this issue, any final agreement would require approval from both sides, after which the PCAOB would need to complete inspections to assess whether listed company audits were now compliant, which if Congress enacts the potential accelerated two-year timeline would need to be completed by early November 2022. This would be a significant amount of work to do with respect to the work papers of auditors of numerous companies, many of which would involve some degree of foreign language review.  As noted in her remarks, under the potential accelerated timeline almost 200 China-based U.S. listed companies could face a trading prohibition beginning in 2023 when such issuers file their next annual report.

In her remarks, Ms. Fischer raised the idea that, if the Chinese authorities have genuine concerns regarding risks to Chinese national security as a result of sharing audit work papers of certain U.S. listed Chinese companies, the Chinese government could effectuate the delisting of only those issuers deemed “too sensitive to comply” with PCAOB requirements, but still allow all other companies and audit firms to comply fully with the PCAOB inspection and investigative processes. This approach would allow the remainder of China-based issuers to avoid potential trading prohibitions in the U.S.

Although U.S. and Chinese regulators continue to discuss an accommodation to permit PCAOB access to the audit work papers of Chinese-based U.S. listed companies, a solution remains to be found. U.S. listed Chinese companies, their shareholders, and other stakeholders and market participants must continue to explore their options in the event no compromise is reached.  For Chinese companies, these options include, among other things, seeking a secondary listing on the Hong Kong Stock Exchange or another exchange, in order to ensure a fall-back listing venue in the event of a U.S. trading prohibition, or exploring the possibility of going private.