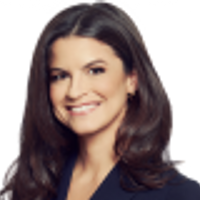 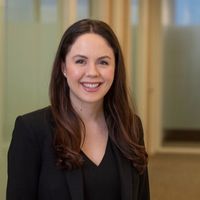 On September 30, 2020, California Governor Gavin Newsom signed into law Assembly Bill 979 (AB 979), which required California-based public companies to have at least one director from an “underrepresented community” by the end of 2021. In addition, depending on the size of a company’s board, AB 979 required companies to have up to three directors from underrepresented communities by the end of 2022.  The bill defined a member of an underrepresented community as “an individual who self-identifies as Black, African American, Hispanic, Latino, Asian, Pacific Islander, Native American, Native Hawaiian, or Alaska Native, or who self-identifies as gay, lesbian, bisexual, or transgender.” AB 979 also required companies to comply with reporting requirements to the California Secretary of State within 150 days following the end of the company’s fiscal year and would levy fines ranging from $100,000 to $300,000 per violation. Further, AB 979 was passed subsequent to a similar law requiring gender representation on boards with similar representation and reporting requirements, as well as enforcement potential (as discussed further).

The plaintiff’s complaint posited that the California Secretary of State spent taxpayer money to implement and enforce AB 979, asserted that such an expenditure was illegal as it imposed an improper duty on companies to have a certain number of directors from certain demographic groups, and argued that the state could not identify a compelling governmental interest requiring the use of such classifications under the California Constitution.

On April 1, 2022, in a 24-page opinion, a Los Angeles County Superior Court Judge granted summary judgment in favor of the plaintiff, finding that Corporations Code § 301.4, which was added to the code by AB 979, violates the Equal Protection Clause of the California Constitution on its face, as the statute treats similarly situated individuals (qualified potential corporate board members) differently based on their membership, or lack thereof, in certain listed racial, sexual orientation, and gender identity groups. By requiring a specific number of board seats to be reserved for members of underrepresented communities, the opinion noted that it necessarily excluded members of other groups from those board seats. The opinion further stated that the use of such categories was not justified by a compelling interest, and that the statute was not narrowly tailored to serve the interests posited by the state.

What should California-based public companies do now?

Directors and management teams should consider the following when evaluating their next steps with respect to the AB 979: