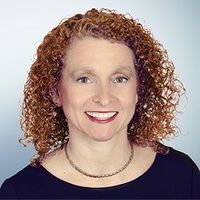 The Supreme Court recently denied certiorari in Picard v. Citibank, in which the petitioner sought review of a Second Circuit decision on a seemingly obscure point of law:  the pleading burden for “good faith” under Section 550 of the Bankruptcy Code.  The Second Circuit’s decision is part of, and highlights, a larger, systemic problem in the evolution of bankruptcy law over the last decade—the multiplication of trustee-friendly interpretations of the Bankruptcy Code that, when combined, leave innocent subsequent transferees unfairly vulnerable to meritless clawback suits.  Many of these rulings have emerged in the Second Circuit in the context of Bernard Madoff’s collapsed $20 billion investment company, but the decisions may have broader ramifications for subsequent transferees in more modest bankruptcy proceedings.

Good Faith and the Madoff Litigations

The Bankruptcy Code provides a trustee with numerous tools to ensure that a debtor has not transferred its property to third parties in a way that unfairly favors certain creditors or fraudulently enriches others.  Under Section 548 of the Bankruptcy Code, a trustee may “avoid,” or unwind, transfers from a debtor that were made with fraudulent intent or that were constructively fraudulent because the transfer was not made in exchange for fair consideration at a time when the debtor was insolvent or undercapitalized.  Under Section 550 of the Bankruptcy Code, the trustee may recover property that is subject to avoidance from either the initial transferee or any third party that may have subsequently received the property (a “subsequent transferee”).

Take, for example, the following rulings:

Not What Congress Intended

The cumulative effect of these decisions and others—which may be reasonable when viewed each in isolation—is to severely disadvantage innocent subsequent trustees.  This burden runs counter to Congress’s intent when it drafted the Bankruptcy Code, which was to “avoid litigation and unfairness to innocent purchasers.” [3]  As a matter of policy, too, it makes no sense to burden subsequent transferees in this way—as parties several steps removed from the debtor and any fraudulent transfer, they have few tools available to monitor whether the funds they accept in the normal course of business originated from a debtor, and so should instead benefit from a presumption of good faith.  But as it stands, the law does not provide innocent subsequent transferees with the protections Congress intended.

**Disclosure—Freshfields Bruckhaus Deringer US LLP represents a subsequent transferee defendant in a claw back action by the Madoff trustee.