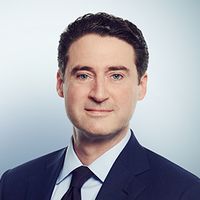 This article originally appeared in The New York Law Journal on March 1, 2022.

Earlier this month, the Securities and Exchange Commission proposed regulations that, if adopted, will provide a valuable tool for boards and their management teams to use to address one of the most difficult aspects of public company existence: effectively engaging with shareholders about the company’s strategic vision and priorities.

The rules, when effective, will require more detailed and prompt disclosure by a company’s shareholders that are not passive. The most important changes will be shortening the deadlines for these holders to file beneficial ownership reports with the SEC from 10 to 5 days after their accumulations reach the 5% ownership threshold. In addition, the SEC is proposing to broaden requirements to include derivative interests in the calculation of this ownership threshold and for the disclosure in these reports to detail these derivative and other ownership arrangements.

Word of a new non-passive 5%+ holder can be seismic event for a board. Directors have to navigate an environment where shareholder bases are increasingly concentrated, modern financial markets facilitate the building of a meaningful stake quickly in a variety of ways, and shareholders regularly threaten proxy contests.

The current 10-day information blackout, compounded with the regulatorily imposed ignorance of true holdings through derivative positions, hampers the ability of a board to be responsive to shareholders. The board may know more about the facts relevant to an investor’s understanding of the company, but the directors will be hamstrung in their ability to engage and communicate effectively with the investor if they are in the dark about the identity and overall economic interest in the company held by the investor. Under the current disclosure regime, an activist shareholder can communicate privately about its accumulations and plans with other shareholders and the media, while those at the company may be the last to know of the accumulations, as well as the concerns and misunderstandings of the shareholder.

The direction of the SEC’s proposal has the potential to be a win-win for constructive relations between investors and publicly-held companies. It is misleading to focus on the proposed shorter disclosure runway as simply a means to enable boards to more quickly shore up structural defenses, including the adoption of poison pills to protect against an accumulation of control by a shareholder without the payment of an appropriate premium. The notion that every emergence of a 5% activist shareholder is cause for a declaration of war by the board against a new “insurgent” is antiquated and devalues the importance of constructive engagement and enhanced disclosures to explain and support the board’s strategic plan.

Maintenance by a board of a successful strategic vision requires ongoing dialogue with and consideration of a spectrum of stakeholders. Activist shareholders with economic exposure to at least 5% of the company’s listed equity constitute an especially volatile and powerful segment of these stakeholders. The more that the SEC can do to enhance the speed and transparency of identification of these holders and their interests, the more effective boards will be in listening to, educating, and building bridges with these holders about what is in the best interests of the company.