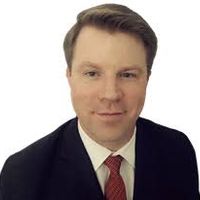 On December 13, 2021, Magnachip Semiconductor Corporation (“Magnachip”), an NYSE-listed Delaware corporation, and Wise Road Capital LTD (“Wise Road”), a Chinese private equity firm, announced that they would be terminating their proposed merger as they were unable to obtain approval of the transaction from the Committee on Foreign Investment in the United States (“CFIUS”). The parties entered into a merger agreement in March 2021, but did not file a notice with CFIUS until June 2021 after CFIUS exercised its call-in authorities and imposed an order prohibiting the parties from completing the transaction without CFIUS approval.

That CFIUS declined to approve an acquisition by a Chinese purchaser of a semiconductor company is not in itself surprising or particularly notable at this point. What is notable is that, based on information released by the company, Magnachip’s technical capabilities and the vast majority of its operations apparently resided outside the United States.

Thus, the transaction shows that CFIUS is willing to use even a nominal U.S. presence as a jurisdictional hook when it has significant national security concerns. Furthermore, once it establishes jurisdiction, CFIUS is willing to use the full range of its remedial powers to address such risks, even if the risks arise primarily from activities outside the United States. As a practical matter, this means that, in evaluating transactions with any U.S. nexus, parties should carefully consider whether activities of the target, even outside the United States, may be sensitive from a U.S. national security perspective and whether CFIUS could use any U.S. presence of the target company as a basis for affecting the viability of the overall transaction.

There are a number of important take-aways from the transaction: