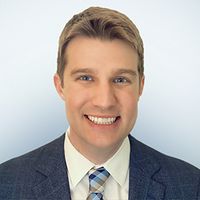 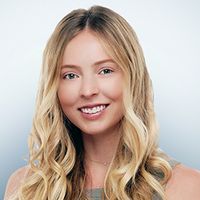 On September 20, 2021, the Ninth Circuit held that securities sold by third parties and exempt from the registration requirements of the federal securities laws are nevertheless subject to strict liability for the issuer if sold after a direct listing. By affirming a district court’s earlier decision in Pirani v. Slack Technologies, Inc., 445 F. Supp. 3d 367 (N.D. Cal. 2020), the Ninth Circuit majority parted ways with the decades-old law of other circuits, the Court’s own precedent, and the historical development of the federal securities regime. The Supreme Court should grant certiorari and reverse.

At issue in the Ninth Circuit’s decision in Slack was how Section 11 of the Securities Act of 1933 applies to shares sold through a direct listing. To balance Section 11’s imposition of strict liability, Congress and the courts have limited the claim to a discrete group of shareholders. Shareholders must establish standing by showing that their shares were traceable to the challenged registration statement. In cases dating back decades, both the Ninth Circuit and other circuit courts have consistently held that the public availability of shares other than those sold pursuant to the challenged registration statement can defeat standing.

Slack introduces a new twist to this old question. In June 2019, Slack went public through a direct listing rather than a traditional IPO. In an IPO, a substantial majority of the shares are either registered on the company’s registration statement or locked up by agreements between shareholders and the underwriters and/or the issuer. In a direct listing, there is generally no lockup agreement. This means that shares other than those registered on the registration statement may be available to be sold immediately through an exemption, such as SEC Rule 144. Following Slack’s direct listing, approximately 283 million shares were available for sale. Of those, 118 million shares were registered on the registration statement and 165 million shares were available for sale under exempt transactions.

Several months after Slack’s direct listing, shareholders filed securities class actions challenging the company’s registration statement under Section 11. Slack moved to dismiss, arguing that shareholders lacked standing because they could not show that they purchased shares pursuant to the registration statement as opposed to pursuant to an exempt transaction. The district court denied Slack’s motion to dismiss but certified its decision for interlocutory appeal.

The Slack majority’s policy-driven decision led it to overlook significant problems that result from its interpretation of “such security.” The opinion erroneously rewrites SEC Rule 144, creates inconsistencies within Section 11, and expands liability for direct listings.

The majority’s interpretation of “such security” rests on a fundamental mistake about Slack’s securities. It held that Slack’s registered and exempt shares were equivalent because neither could be sold publicly until the challenged registration statement was declared effective. This premise is incorrect: Securities may be sold if registered or if subject to an exemption. Slack had 165 million shares that were not registered on the registration statement and that non-affiliates could sell in exempt transactions, such as under SEC Rule 144. 17 C.F.R. § 230.144. The non-affiliates had already met the holding requirement of Rule 144, and could have sold their shares immediately.

The majority conflates sales of Slack’s registered securities with sales of its unregistered securities in transactions exempt under Rule 144. In doing so, it mistakenly altered Rule 144. Traditionally, both affiliates and non-affiliates can sell shares pursuant to transactions that qualify for the exemptions of Rule 144 without incurring Section 11 liability for the issuer. Such sales are independent of any registration statement and can occur before, during, or after a registration statement is declared effective. The majority was mistaken when it concluded that Slack’s exempt shares could only be sold due to “the only operative registration in existence.”

When promulgated, Rule 144 was meant to define the scope of the exemption from registration requirements embodied in Section 4(1) of the Securities Act. See 37 F.R. 591, 592. The 2007 amendments to Rule 144 further reduced the requirements non-affiliates of non-reporting issuers had to meet to qualify for the exemption. As the SEC noted, “We believe that the complexity of resale restrictions may inhibit sales by, and imposes costs on, non-affiliates. Because Rule 144 is relied upon by many individuals to resell their restricted securities, we believe that it is particularly helpful to streamline and reduce the complexity of the rule as much as possible while retaining its integrity.” United States Securities and Exchange Commission, Release No. 33-8869, at 20; see also id. at 69. The SEC further stated: “The amendments are intended to reduce regulatory requirements for the resale of securities and simplify the process of reselling such securities . . . . The reduction of the Rule 144 holding period requirement for restricted securities of reporting companies for affiliates and non-affiliates should increase the liquidity of privately issued securities, enabling companies to raise private capital more efficiently.” Id. at 75, 78. Allowing Rule 144 sales by third parties to create strict liability for the issuer contravenes these purposes.

The majority’s silence on Rule 144 is even more surprising because the parties discussed it in their briefs. In its recitation of the case’s background, the majority even acknowledged that Rule 144 provides an exemption to the registration requirement. It then failed to consider how its holding eviscerates Rule 144 and the SEC’s purposes for creating such an exemption.

The majority erroneously analyzed New York Stock Exchange rules rather than the text of Section 11 itself. This mistake resulted in the majority’s failure to recognize that the phrase “such security” appears in multiple places in the statute. Pursuant to the canons of statutory interpretation, the majority should have “avoid[ed] interpretations that would attribute different meanings to the same phrase.” Cochise Consultancy, Inc. v. United States ex rel. Hunt, 139 S. Ct. 1507, 1512 (2019).

The majority’s new rule has significant damages implications for issuers. Assume that a hypothetical company has 1 million shares it registers and another 1 million shares that qualify for exemption under Rule 144. Now assume that each share is later found to have been “damaged” in a quantum of $5/share. If the shares have been sold via a traditional IPO, the measure of damages (using simplified assumptions) is $5 million. But in a direct listing, the issuer now also bears the burden for the shares sold by third parties. The measure of damages in this example doubles to a total of $10 million.

If the majority wanted to discourage companies from utilizing direct listing, it accomplished that goal. But such policymaking is better left to Congress and regulators rather than the courts.

The Ninth Circuit’s ruling disrupts decades of predictable, well-established jurisprudence. Its new definition of “such security” departs from other circuits, the Ninth Circuit’s own precedent, and the regulatory regime of the federal securities laws. This question warrants the Supreme Court’s review and reversal.

Split from Other Circuits

The majority attempted to sidestep its departure from decades of jurisprudence by framing its decision as “one of first impression.” Without explanation, it ignored those prior cases on the grounds that they involved multiple registration statements instead of a direct listing. The majority did not explain why this distinction matters. Both direct listings and secondary offerings involve a mix of some shares registered in connection with the challenged registration statement and others not. The reasoning of the other circuits applies with equal force to direct listings as to secondary offerings.

Split from Ninth Circuit’s Own Precedent

The Ninth Circuit’s holding in Slack is also a striking departure from its own precedent, which has consistently given “such security” the same meaning as in Osofsky and the decisions of the other circuits. In Hertzberg v. Dignity Partners, the Ninth Circuit interpreted “such security” to mean that the person must have purchased a security issued under the registration statement at issue. 191 F.3d 1076, 1080 (9th Cir. 1999). The Ninth Circuit then reiterated this interpretation in In re Century Aluminum Co. Sec. Litig., 729 F.3d 1104, 1106 (9th Cir. 2013).

As it did with the decisions of other circuits, the Slack majority attempted to avoid an intra-circuit split with Hertzberg and Century Aluminum on the grounds that those cases involved multiple registration statements. Again, this distinction skirts the fundamental issue. In Slack, as in Hertzberg and Century Aluminum, the plaintiff cannot show that his shares “were issued under the allegedly false or misleading registration statement.” Yet, here, the majority reached the opposite result as those cases.

Split from the Historical Structure of the Federal Securities Laws

The majority openly acknowledged its concern that issuers might use direct listings rather than traditional IPOs to avoid Section 11 liability. That consideration did not warrant the majority’s detour into broad policymaking. As explained previously, the majority unwittingly rewrote SEC Rule 144 and changed the rules for direct listings.

The majority’s decision is notable for something else it ignores: Section 10(b) of the Securities Exchange Act of 1934. The majority’s concern that direct listings may avoid liability under Section 11 ignores that shareholders still have recourse under Section 10(b). The federal securities laws and accompanying SEC rules form a complex regulatory framework designed both to protect investors and spur investment. Congress created Section 11 of the Securities Act and Section 10(b) of the Exchange Act to promote complementary but different aims. As the Slack dissent noted, “[s]trict liability is strong medicine, so [Section 11] tempers it by limiting the class of plaintiffs who can sue.” The Slack majority disrupted that careful balance.

Slack represents a significant departure in the imposition of strict liability in securities regulation. This decision is inconsistent with the aims and objectives of the past nearly 90 years of the federal securities framework. We believe this decision warrants reversal by the Supreme Court.