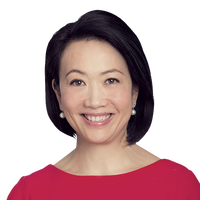 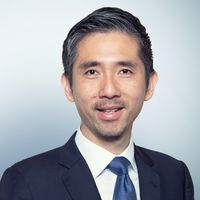 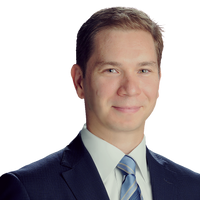 On June 3, 2021, President Biden issued an Executive Order Addressing the Threat from Securities Investments that Finance Certain Companies of the People’s Republic of China  (the CMIC EO), including an Annex of Chinese companies whose securities will be targeted under the new Chinese Military-Industrial Complex Companies List (CMIC List) starting August 2, 2021. The CMIC EO and CMIC List replace all of the substantive provisions of Executive Order 13959 (the CCMC EO), which had targeted securities of entities designated as Communist Chinese Military Companies as discussed in our prior update, and the associated CCMC List. The CMIC EO also completely repeals Executive Order 13974 (EO 13974), which had amended the CCMC EO for clarity.

The CMIC EO authorizes sanctions against companies that the US government determines have operated in China’s defense, defense-related materiel, and surveillance technology sectors, as well as companies that directly or indirectly own or control, or are owned or controlled by, a company that has operated in those sectors. The CMIC EO expands on the prior CCMC EO to target activities that the CMIC EO describes as “the use of Chinese surveillance technology outside the PRC and the development or use of Chinese surveillance technology to facilitate repression or serious human rights abuse.”  It is notable that both the new and prior EOs point to China’s military-industrial complex and the Military-Civil Fusion strategy as the underlying basis for these sanctions.

For the first time in this sanctions program, the White House has also issued a Fact Sheet categorizing targeted companies based on the designation criteria, as follows (some companies are included in more than one category): (1) 49 companies under “Defense and Related Materiel Sector of the Economy of the PRC”; (2) two companies under “Surveillance Technology Sector of the Economy of the PRC”; and (3) ten companies under “Own or Control, or Owned or Controlled by, Directly or Indirectly, a Person Who Operates or Has Operated in at Least One of These Two Sectors of the PRC Economy, or a Person Who Is Listed in the Annex to the E.O.”

In at least one respect, however, the CMIC EO is narrower than its predecessor.  The CCMC EO, which Former President Trump issued on November 12, 2020, had automatically imposed sanctions on companies included on lists released in June, August, and December 2020, as well as in January 2021, by the US Department of Defense under the authority of Section 1237 of the National Defense Authorization Act for Fiscal Year 1999 (Section 1237).  The CCMC EO also incorporated by reference the Section 1237 designation criteria, which broadly required the Department of Defense to list any entity owned or controlled by, or affiliated with, the People’s Liberation Army or a Chinese government ministry, or otherwise owned or controlled by an entity affiliated with the Chinese defense industrial base. The CMIC EO terminates the CCMC EO provisions related to Section 1237, so the Section 1237 Lists and its designation criteria are no longer directly relevant to these US sanctions.

The new CMIC List replaces the prior CCMC List and introduces a number of changes.  The CMIC EO Annex lists 59 entities whose securities are targeted by the CMIC sanctions. In addition to Xiaomi, which was officially removed from the CCMC list in May 2021, the CMIC List omits several additional companies that had been included on the CCMC List, meaning that the sanctions targeting those delisted companies are effectively terminated. Additionally, as OFAC’s FAQs explain, subsidiaries are not automatically targeted by the CMIC sanctions; securities of subsidiaries are targeted only where the subsidiary itself is included on the CMIC List, and the CMIC List expressly includes certain subsidiaries of companies on the list. See FAQs 857, 899.

“Close matches” are not targeted

OFAC’s CCMC guidance had stated that the CCMC sanctions would also apply to any subsidiary “with a name that exactly or closely matches” a CCMC-Listed company’s name, even if the subsidiary was not specifically listed. OFAC had issued a General License, however, to postpone the application of the CCMC sanctions to “close matches.” By contrast, the CMIC sanctions and associated guidance does not target “close matches”; the only entities targeted by the CMIC EO are those actually on the CMIC List.

CMIC sanctions will prohibit US purchases and sales of targeted securities

The CMIC EO resets the clock on effective dates

The sanctions on companies included in the CMIC EO Annex take effect on August 2, 2021.  For companies later added to the CMIC List, the sanctions will take effect 60 days after such designation. US persons will be allowed to divest the targeted securities for one year from the CMIC List designation, and US persons can continue to hold the targeted securities after that date. These new effective dates replace dates under the predecessor CCMC sanctions. See FAQ 899.

OFAC FAQs clarify permissible activities by US persons, including facilitation

Additionally, OFAC states that market intermediaries, investment advisors, and managers are permitted to rely on the diligence information available to them “in the ordinary course of business” to assess whether an underlying purchase or sale is prohibited by the CMIC sanctions. FAQ 901.

US persons will be restricted from engaging in certain transactions in publicly traded securities of entities on the CMIC List in an almost-identical manner as provided by the CCMC EO.  The CMIC EO represents a reset of these US sanctions, however, and Companies should use the time before the new restrictions become effective on August 2, 2021, to review the CMIC List and ensure they have identified potentially prohibited activities and are prepared for these new sanctions.