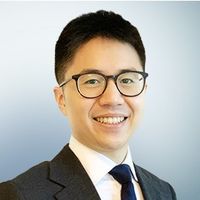 The board of The Williams Companies (“Williams”), in March 2020, became the only board among S&P 500 companies to respond to the volatility of the pandemic by adopting a shareholder rights plan (also known as a poison pill).[1] On February 26, 2021, Vice Chancellor McCormick of the Delaware Court of Chancery enjoined the Williams poison pill in her post-trial opinion in The Williams Companies Stockholder Litigation.[2] Vice Chancellor McCormick’s thorough opinion about the extraordinary pill adopted by the Williams board is worth reflecting upon from the perspective of over three decades of poison pill litigation.

The Williams board adopted the shareholder rights plan with a one-year term when the Williams stock price was hitting an all-time low, although the company’s market cap remained above $10 billion and there were no indications of hostile actors in the stockholder profile or on the takeover front. The pill provided that if an “acquiring person” were to either “beneficially own” more than 5% of Williams stock or commence a tender offer to increase its beneficial ownership in excess of 5%, then the acquiring person would be subject to the massive dilution that results from the triggering of a poison pill. Pills adopted by other companies to protect their NOLs from being unwound by a change of control under the federal tax laws have had thresholds in the 5% range. But, as the Court observed, a pill with a threshold as low as 5% is otherwise virtually unheard of. The Williams board wanted to be different.

The definition of “beneficial ownership” in the Williams pill expanded the definition beyond that employed by Section 13(d) of the Exchange Act, and included ownership arising from synthetic interests, including cash-settled derivatives, which do not carry either voting rights or the right to influence how any shares are voted.  Moreover, these derivatives, by definition, would not be diluted by the triggering of the pill since they are just synthetic economic interests.  Although practitioners have increasingly gravitated toward this definition of beneficial ownership, the courts, in dicta in transcripts of oral rulings, have previously expressed skepticism about the enforceability of this expanded definition of beneficial ownership.

In addition, the Williams pill aggregated the ownership levels of those persons who were deemed to be “acting in concert.” The definition of “acting in concert” went beyond the express-agreement approach used in the federal securities laws. The definition in the Williams pill captured actions that constitute conscious parallel conduct (sometimes known as a “wolfpack provision”) and included a “daisy-chain” concept that potentially would aggregate actions of unrelated third parties (including those who might not be known to each other). As with the expanded definition of beneficial ownership, the expansion of the definition of “acting in concert” has become more popular with practitioners over the last several years despite sentiments of skepticism in dicta in transcripts of oral rulings.

To evaluate the validity of the Williams pill under Delaware law, the Court of Chancery employed the established two-pronged test from Unocal Corporation v. Mesa Petroleum Co.:[3] (i) whether “reasonable grounds for believing that a danger to corporate policy and effectiveness existed” and (ii) whether the defensive measure was “reasonable in relation to the threat posed.”[4]

On the first prong – whether a legitimate threat existed – the Court analyzed three possible threats put forward by the defendant directors during their testimony: (i) the general threat of stockholder activism; (ii) the threat of an activist pursuing a short-term agenda and causing a disruption in the company; and (iii) the ability of a stockholder to quickly accumulate large amounts of Williams stock undetected (a “lightning-strike attack”).

The Court held that the first two threats were not cognizable because the board was not aware of any ongoing activist activity at the company. The Court found that what was really behind the directors’ references to these “threats” was a desire to insulate the board from risks of stockholder pressure and proxy contests. The Court noted that these types of considerations run contrary to basic tenets of Delaware corporate law. For example, in response to the threat of a proxy contest, directors may not justify their actions on the basis that “stockholders would vote erroneously out of ignorance or mistaken belief.”[5]

The Court did not definitively answer whether the third threat – a lightning-strike attack – could pose a legitimate threat, but, for purposes of the analysis, assumed that it fulfilled the first prong of the Unocal test. In particular, the Court left open the question of whether it would be legitimate to use the mechanic of a pill to force stockholders to avoid taking advantage of the loopholes and delays available under the federal securities law regimes for reporting beneficial ownership of accumulations.

On the second prong – whether the pill was reasonable in relation to the threat posed – the Court ruled that the Williams pill was not a proportional response and thus enjoined the pill. This determination of a lack of proportionality was based upon the effect on Williams stockholders of the key terms discussed above, when taken together in the aggregate:

(iii) the broad definition of “acting in concert” that included parallel conduct in the absence of an agreement or understanding, as well as a daisy-chain concept; and

(iv) the narrow definition of “passive investor” that potentially excluded categories of holders not commonly considered to be activists.

The Court’s findings were prefaced by the troubling conclusion that “the lawyer-drafted documents to which one would typically look for a statement of a board’s purpose—e.g., board resolutions, board minutes, company disclosures—do not reflect the Board’s actual intent.”[6] Indeed, the formal record at Williams, as written up by counsel, cited to all the traditional justifications for adoption of a pill, especially prevention of accumulation of control – whether negative control or exclusive control – without paying an appropriate premium.  But the testimony of the directors, although “unadorned and refreshingly candid,” veered far from the guidance of over three decades of case law to justify this pill primarily on the principal that “all stockholder efforts to change or influence corporate direction constitute a threat to the corporation,” which rationale, of course, “runs directly contrary to the ideological underpinnings of Delaware law.”[7] Importantly, the Court did not attempt to limit prior holdings that a board is acting properly when adopting a pill in response to overt threats by an activist to acquire and exercise negative control without paying an appropriate premium.

This case underscores the importance of regular sessions with the board to educate directors about acceptable and unacceptable rationales for the adoption of pills. These sessions are best held when the board is not currently contemplating the actual adoption of a pill.

Identification of a threat and the future of “clear day” pills

The Court criticized the board for acting on hypothetical threats, rather than cognizable threats. This may leave practitioners with the mistaken impression that the adoption of a pill on a “clear day” – when no hostile actor is on the scene – is problematic. This would be an erroneous takeaway. Indeed, some practitioners believe it is preferable to adopt a pill on a clear day because this context may minimize the risk that the directors’ motives will be characterized as entrenchment.

This new case does nothing to overturn long-standing case law that the adoption of a pill by the board of a widely held company with a single class of common stock satisfies the first prong of Unocal due to the ability of a third party to accumulate control of such a company without paying a premium to all stockholders. Where the Williams board stumbled was not by acting in the absence of an overt threat. The Williams board lost because the 5% threshold may be too low to justify a nexus to the prevention of a third party from acquiring control without paying a premium and because the testimony of the directors focused on shutting down all outside influence by stockholders, rather than safeguarding control. The Williams case is not the death knell of “clear day” pills, especially for small cap companies.

The pill in Williams was not a “war time” pill. There was no hostile takeover proposal or tender offer and there was no activist accumulating stock. Rather, there was a company with a market cap of over $10 billion and a board concerned about intense stock market and economic volatility and the risk of pressure from stockholders. In this situation, the primary consequences that the board had to endure as a result of its adoption of off-market terms of questionable enforceability were limited to: (i) the receipt of a large number of “withhold” votes at the annual meeting and (ii) the distraction and cost of a litigation challenge that required directors to be subjected to discovery and testimony.  In the meantime (nearly 11 months), the Williams board had the protection of an extraordinarily strong shareholder rights plan. By contrast, when responding to an actual hostile takeover attempt or an aggressive activist accumulating stock, litigation moves much faster and the plaintiffs (which typically include the hostile actor and its supporters) are more aggressive. In such a scenario, it is advisable to go with a “war time” pill – i.e., a pill with litigation-tested terms on beneficial ownership, trigger threshold, and acting in concert – so that there is no doubt that control will be properly safeguarded. In such a situation, there is no margin for error or distraction.

[1]For an analysis of the modest uptick in the adoption of pills, mostly by small cap companies, during the early months of the pandemic, see this post.