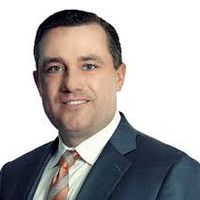 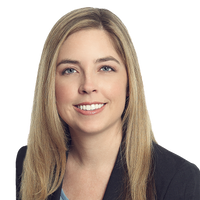 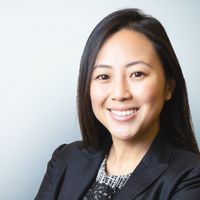 While the U.S. antitrust agencies had historically brought civil enforcement actions against anticompetitive agreements pertaining to employee compensation terms, the U.S. Department of Justice (DOJ) and the Federal Trade Commission (FTC) made clear in their 2016 Antitrust Guidance for Human Resource Professionals (see Agency Guidance) that they can, and will, criminally prosecute antitrust violations including no-poach, wage-fixing and other anti-competitive employment terms.  The maximum penalty for a violation of the Sherman Act is a $100 million fine for corporations.  The fine may be increased to twice the gain derived from the crime or twice the loss suffered by victims if either amount is greater than the statutory maximum. Conspiring individuals also may be charged with criminal violations of the U.S. antitrust laws and potentially face incarceration.

The DOJ is actively investigating and beginning to bring criminal charges

Since October 2016, the DOJ has publicly disclosed that it has opened a number of active investigations into potential no-poaching agreements and that enforcement actions would be forthcoming.  In particular, the DOJ has made clear that wage-fixing and no-poaching agreements that either started after or continued through October 2016 would be pursued criminally.  However, four years after issuing the Agency Guidance, the DOJ had yet to file criminal charges for acts of wage-fixing or no-poaching.

This changed in December 2020 when the DOJ brought its first criminal wage-fixing charge against the former owner of a health care staffing company for participating in a conspiracy to fix prices by lowering rates paid to physical therapists and physical therapist assistants.  Neeraj Jindal, the former owner, is being charged for his alleged involvement in the conspiracy in 2017 and for obstructing the investigation by making false and misleading statements.  Assistant Attorney General Makan Delrahim of DOJ Antitrust Division used the historic indictment as an opportunity to warn that “[e]mployers who conspire to fix the wages of workers or restrict their mobility by allocating labor markets will be prosecuted to the fullest extent of the law.”

These recent enforcement developments confirm that the DOJ has been actively investigating no-poaching and wage-fixing conduct and that the agency is willing to bring criminal charges.  While the indictments appear to target the health care industry, companies should not assume that the agency has limited the scope of its investigations to a single industry or small set of industries.  It is almost certain that the U.S. antitrust authorities will continue to target anticompetitive agreements that suppress wages or limit employment opportunities and that antitrust authorities outside the United States will follow the DOJ’s lead. Companies should be prepared for “copycat enforcement” and follow-on litigation around the world.

To avoid both civil and criminal liability, companies should implement – and enforce – rigorous compliance measures

It is important to note that both cases allege conspiracies that occurred in whole or in part in 2017, well after the U.S. antitrust agencies issued the Agency Guidance.  These defendants could have perhaps settled with the DOJ as a civil matter, like the case against Knorr-Bremse/Wabtec, if they had put in place robust compliance programs to safeguard against these practices earlier.

Companies, therefore, should take stock of their compliance efforts. In practice, this means that companies should maintain, and, if necessary, adjust and further strengthen, robust antitrust compliance programs, including:

Antitrust training:  HR personnel, employees, and even senior executives, must be informed that agreements with a competitor (i) that relate to an employee’s salary other form of compensation (“wage-fixing”) or (ii) to refuse to hire the competitor’s employee (“no-poaching”) likely will violate antitrust law if they are separate from or not reasonably necessary to a larger legitimate collaboration, such as a merger.  However, even in the context of a larger collaboration, companies should consult with antitrust counsel before entering into these types of ancillary agreements. An agreement does not need to be in writing, and even the solicitation of an agreement can violate the antitrust laws.

Procedural safeguards: It is important to prevent inappropriate information exchanges among HR professionals at competing firms. As the Agency Guidance notes, even in the context of a proposed transaction, the exchange of information regarding the terms and conditions of employment can violate U.S. antitrust law in certain circumstances.  Companies can reduce antitrust risk by (i) using a neutral third party to facilitate the exchange; (ii) exchange only historical or aggregated data, and (iii) aggregate in a way that ensures the recipient cannot trace the information back to the original source.

Because of the potential for criminal liability, if a no-poaching or wage-fixing agreement is uncovered, companies should seek immediate legal counsel to determine whether an application could potentially be submitted to the DOJ’s Leniency Program. As the DOJ stated in its 2019 guidance on corporate compliance programs and referenced in its 2020 guidance, “a truly effective antitrust compliance program gives a company the best chance to obtain the significant benefits available under the Division’s Corporate Leniency program.” The race for leniency is on, in a way.