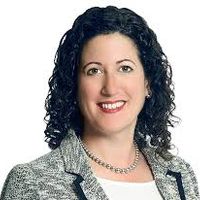 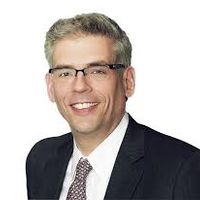 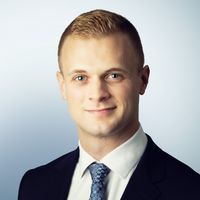 Beam Suntory Inc.’s (Beam) recent FCPA resolution speaks to the potential perils of conducting cross-border M&A without engaging in risk-based due diligence (either pre or post-transaction) and the importance of managing compliance risks presented by an acquired entity. The resolution also provides some insight into DOJ’s application of its enforcement polices, including the FCPA Corporate Enforcement Policy, the Policy on Coordination of Corporate Resolution Penalties (the Anti-Piling On Policy), and its policy on the Selection of Monitors in Criminal Division Matters. We discuss five key take-aways, below.

According to the Beam Information and the Deferred Prosecution Agreement between Beam and DOJ, Beam India’s legacy management engaged in corrupt payments prior to Beam’s acquisition of Beam Global Spirits & Wine (India) Private Limited (Beam India). Information ¶ 14; DPA, Attachment A ¶ 13. Beam, however, “did not conduct thorough due diligence” when it acquired Beam India; “failed to adopt significant recommended [compliance] actions” after acquiring Beam India; retained existing management of Beam India without conducting any risk assessment, diligence, or anti-corruption training for them; and allegedly instructed Indian counsel not to “impose” “a U.S. regulatory regime” on Beam India. Information ¶¶ 14, 24–30.

Given that Beam admitted that its agents made corrupt payments on its behalf and therefore may have had exposure for such payments under the FCPA, the focus on Beam’s approach to compliance was unnecessary for DOJ to establish liability. Rather, the discussion of Beam’s approach to these issues seems to be for the purpose of confirming and applying DOJ’s often-stated view of the importance of FCPA-related deal diligence and compliance-related integration efforts. This is consistent with DOJ guidance, which calls for thorough due diligence where feasible and post-closing attention to compliance risks. See FCPA Resource Guide at 29–30; DOJ Evaluation of Corporate Compliance Programs at 9.

(2) Beam shows that Companies should pay attention to remedial measures and can benefit from external advice in doing so.

The Beam resolution discusses at length Beam’s engagement of external advisors to advise on Beam India’s compliance approach. Reading between the lines, it appears that Beam’s external advisors spotted the risks of the conduct ultimately discovered, and that, had Beam implemented the advice of its advisor, it may have avoided a fine and public charges down the road. In other words, following such advice may have helped avoid liability.

On the flip side, the failure to act on such advice may be seen by DOJ as evidence of a willful and knowing failure to implement adequate controls.  Indeed, DOJ did just that here, and cited to this as a marker of the seriousness of the offense.

Companies that are engaged in cross-border M&A would do well to work with their external advisors to evaluate and remediate risks in a reasonable manner.

(3)  The value of an ABC certification?

Certifications are an important tool in obtaining comfort that a third party or subsidiary is acting in compliance with relevant regulations or policies. The Beam Information charges that Beam India submitted certifications to Beam, but that those certifications falsely stated that Beam India management was “aware of their obligations under the [FCPA] and Anti-Bribery provisions.” Information ¶ 16. This case demonstrates that DOJ will assess the appropriate weight that should be given to certifications by their recipients against the backdrop of an entity’s known control environment and efforts to assess the accuracy of any such certifications.

Beam did not receive voluntary disclosure credit because “it did not timely disclose” the conduct at issue to the DOJ and “a former Company employee sent an email to the Company, copying the U.S. and Indian governments, alerting them to ‘illegal cash transactions’ associated with the Company’s distributors in India.” DPA ¶ 4(a). Likewise, Beam did not receive full cooperation credit due to its “inconsistent and, at times, inadequate cooperation.” DPA ¶ 4(c). In addition, Beam did not receive full credit for remediation because Beam “failed to discipline certain individuals involved” in the alleged conduct. DPA ¶ 4(f). Even with these factors, the monetary penalty the DOJ levied on Beam included a 10% reduction from the bottom of the otherwise-applicable Sentencing Guidelines fine range under the FCPA’s Corporate Enforcement Policy. DPA ¶ 4(m). It remains to be seen how DOJ will apply the CEP going forward, but this resolution underscores that there can be benefits to cooperation, which may be applied on a sliding scale.

We note that, despite the Anti-Piling On Policy, DOJ did not give Beam credit for fines and disgorgement it had already paid to the SEC. According to DOJ, this was because Beam did not seek to coordinate a parallel resolution with DOJ when it resolved matters with the SEC. DPA ¶ 4(k); DOJ Press Release. This serves as a reminder that corporate defendants benefit from developing a comprehensive approach to all relevant enforcement authorities, whether that includes different components of the U.S. government or multiple regulators around the globe.

(5) Is the use of corporate compliance monitors on the decline?

Under its DPA, Beam is required to report annually on a series of compliance initiatives, such as implementing compliance policies and procedures, conducting periodic risk assessments and ensuring adequate training. DPA, Attachment C. Under the DOJ’s policy on the Selection of Monitors in Criminal Division Matters, an independent corporate monitor is often appropriate in cases where there is recurring misconduct or compliance lapses. Nonetheless, even though Beam allegedly “willfully” failed to implement internal controls, DOJ did not impose a monitor here. This raises the question of whether DOJ is reconsidering its approach to monitors going forward, although a new administration may moot any trends in that regard.

Beam’s resolution with DOJ provides useful insight for anti-corruption practitioners and compliance professionals, and also for lawyers involved in significant international transactions. In particular, the resolution reveals the importance of conducting a combination of pre and post-transaction due diligence in cross-border M&A deals and demonstrates the benefit of identifying and addressing FCPA risks in a robust manner.