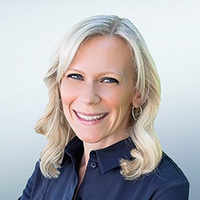 Also last week, Nasdaq filed a similar (though not identical) rule change proposal with the SEC that would allow companies to issue shares in connection with a direct listing on Nasdaq.

The new NYSE rule sets out the following requirements for a primary direct listing:

With this change, is there any reason for a company to consider a traditional IPO?

Nevertheless, traditional IPOs will still be a very attractive route for many companies:

The new NYSE rules bring the traditional IPO and direct listing processes much closer together as both now permit capital raising and investor liquidity. However, some key differences remain such as no lock up period imposed on existing shareholders, better pricing transparency and an ability to provide guidance as part of a direct listing. While these benefits are compelling, the traditional IPO continues to offer the ability for underwriters to engage extensively in marketing activities with and on behalf of the company and an ability to curate a more stable shareholder base. Also, in a traditional IPO, companies may price outside of the range set forth in their prospectus. In a direct listing, if the limit order for the full number of shares the company expects to sell cannot be sold at the price at the lower end of the price range, the direct listing fails, and the shares do not begin trading.

We have put together an extensive memo describing the process for conducting a primary or secondary direct listing, and the numerous considerations that a company will need to weigh in determining which going public option is most suited to its goals. For a copy of this memo, please email us. In addition, no discussion of going public options in 2020 is complete without considering the increasing popularity of Special Purpose Acquisition Companies (“SPACs”). We remind readers of our memo detailing the 20 key considerations for private companies evaluating whether to be acquired by a SPAC, available here.