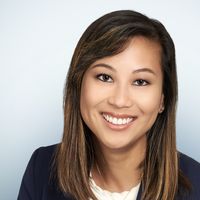 Last week, the largest ever special-purpose acquisition company, or SPAC, made its debut on the New York Stock Exchange. The SPAC, known as Pershing Square Tontine Holdings, or Tontine Holdings, is sponsored by activist investor Bill Ackman and completed an offering of 200 million units at $20 each, raising $4 billion in proceeds for a future business combination. Additionally, Mr. Ackman’s hedge fund, Pershing Square Capital Management L.P., committed to invest at least an additional $1 billion (and at its option up to $3 billion), setting up Tontine Holdings to target, as it disclosed in its IPO prospectus, a “mature unicorn.”

SPACs are publicly listed blank check companies that raise capital in public markets for the purpose of eventually consummating a business combination with one or more operating companies and taking that company public. Compared to traditional IPOs, SPACs provide an alternate path for companies to raise capital and go public but the SPAC model can pose unique considerations for target companies, including questions about the amount of funds that will be retained in the SPAC’s trust account at closing after giving effect to shareholder redemptions as well as the SPAC economics benefiting SPAC sponsors. Tontine Holdings appears to rewrite traditional SPAC terms with several unique features that directly address these issues, helping to narrow the economic and incentive gaps that in some cases have caused difficulty for SPACs and their counterparties in structuring and consummating a business combination.

In a year when SPAC transactions have seen increased prominence and account for some of the most high-profile public listings, Bill Ackman’s SPAC certainly breaks the mold. It creates new incentives to shareholders not to redeem their shares in connection with a business combination, and it creates different and more long-term economics for the SPAC’s sponsor. Tontine Holdings differs in some other smaller ways as well from typical SPACs, for example in not having the typical underwriters’ overallotment option, and not listing the units when they separate into shares and warrants. Whether or not other SPACs adopt the unique features of Tontine Holdings remains to be seen, and it will be interesting to see if the features of Tontine Holdings work as intended in facilitating a business combination. But if history has taught us anything, it is this simple fact - betting against Bill Ackman is usually a fool’s gambit.