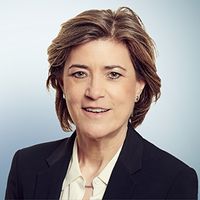 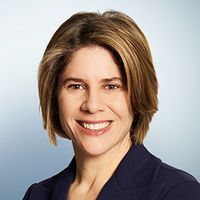 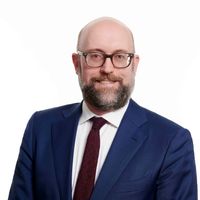 The Third Circuit Court of Appeals recently denied an attempt to dismiss a Section 14(a) shareholder securities lawsuit at the pleading stage based on allegations that a merger proxy on Form S-4 did not sufficiently disclose risks related to regulatory proceedings. The ruling is of interest to M&A practitioners because it may encourage the filing of shareholder lawsuits seeking more detailed disclosures regarding the risks that regulatory reviews or inquiries pose to an announced merger. The Third Circuit, however, made clear that its ruling was driven by the specific facts of the case and that it did not portend a more lenient standard for a federal merger disclosure lawsuit to survive a motion to dismiss. On the contrary, the Court expressed skepticism about the value of shareholder lawsuits under Section 14(a) and questioned the basis for a private right of action in such circumstances.

In August 2012, M&T Bank agreed to acquire Hudson City Bancorp for $3.7 billion in cash and stock. The merger agreement required approval by shareholders of both banks, which issued a joint proxy in February 2013. A few days before the shareholder vote, the banks announced that additional time would be required to obtain the necessary regulatory approvals. In a supplemental proxy, M&T disclosed that the Federal Reserve Board had identified “certain regulatory concerns” about M&T’s Bank Secrecy Act and anti-money-laundering (“BSA/AML”) compliance program. Shareholders overwhelmingly approved the merger, but it would take another two and a half years for the deal to close.

While the banks were awaiting completion of the Federal Reserve review, the Consumer Financial Protection Bureau announced an enforcement action against M&T for offering customers free checking before switching them to fee-based accounts without notice, a practice that had been in place before the merger was announced. M&T ultimately agreed to pay $2.045 million to settle the action.

A few weeks before the merger closed, a Hudson shareholder filed a class action lawsuit against M&T, Hudson, and their directors and officers, alleging violations of Section 14(a) of the Exchange Act and SEC Rule 14a-9, which bar “false or misleading” material statements and omissions in a proxy. Plaintiffs’ allegations fell into two categories: (1) allegedly material omissions about regulatory risks related to M&T’s failure to comply with federal anti-money laundering regulations and unlawful consumer checking practices; and (2) allegedly misleading opinion statements by M&T regarding compliance with regulatory requirements and the likelihood of regulatory approval of the merger. The district court dismissed the complaint. On appeal, the Third Circuit vacated the dismissal with respect to the plaintiffs’ first theory, but affirmed with respect to the second.

With respect to the first set of allegations, the Court concluded that the complaint adequately alleged violations of Section 14(a) because the proxy omitted material “risk factors” as required by Item 105 of Regulation S-K (prior to 2019, Item 503). Item 105 requires disclosure of “the most significant factors that make an investment in the registrant or offering speculative or risky.” 17 C.F.R. § 229.105. It specifically warns that registrants should “not present risks that could apply generically to any registrant or any offering.” Id.

After reviewing the proxy’s disclosures, the Court concluded that the proxy could be viewed as describing risks in generic terms only, “offer[ing] breadth where depth is required.” As the Court noted, the proxy disclosed: “from time to time, M&T is, or may become, the subject of governmental and self-regulatory agency information-gathering requests, reviews, investigations and proceedings and other forms of regulatory inquiry, including by the SEC and law enforcement authorities.” The Court also stated that the proxy’s regulatory risk disclosures could be viewed as equally generalized: “[c]ompletion of the merger . . . [is] subject to the receipt of all approvals required to complete the transactions contemplated by the merger agreement . . . from the Federal Reserve Board,” which “[a]s part of its evaluation . . . , reviews: . . . the effectiveness of the companies in combatting money laundering.”

To evaluate these disclosures, the Court turned to a 1999 SEC legal bulletin, which emphasized that a company facing regulatory review must connect risk disclosures to the specific circumstances of the industry, the company, or the security being registered. The bulletin gave examples of adequate and insufficient disclosures under Item 105. The Court observed that M&T’s disclosure closely resembled the SEC’s example of an inadequate disclosure. The Court also noted a related example, from another case, of a pharmaceutical company describing in detail the FDA approval process but neglecting to disclose two dozen serious adverse events that made FDA approval unlikely.

The Court added that, compounding the situation, was the lack of disclosure of the risks posed by M&T’s allegedly unlawful checking account practices. The Court noted that the practice allegedly pre-dated the merger agreement and was discontinued shortly thereafter. From this, the Court—taking all inferences in the plaintiffs’ favor, at the pleading stage—inferred that M&T saw its practice as “pos[ing] a separate and significant regulatory risk to the merger, as personal checking is a principal business component of any consumer bank.”

As a result, the Court concluded that the complaint adequately stated a claim at the pleading stage that “M&T should have ‘specifically link[ed]’ its general statements to ‘each risk to [its] industry, company, or investment’ using details that connected the pending merger review to its existing and anticipated business lines.”

With respect to the second set of allegations, however, the Court sided with defendants. It held that plaintiffs failed to allege that the proxy’s opinion statements describing M&T’s compliance and the timeline for closing the merger failed to meet the “rigorous benchmark” set forth by the Supreme Court in Omnicare, Inc. v. Laborers District Council Construction Industry Pension Fund, 575 U.S. 175 (2015).

Plaintiffs argued that the proxy’s opinion statements must have been false because they ended up being wrong, but the Court predictably rejected this argument. Without an allegation that the challenged opinion was “insincere,” the Court held, a statement of belief “is not an untrue statement of material fact, regardless of whether an investor can ultimately prove the belief wrong.”

Takeaways from the Third Circuit’s decision

The Court’s decision offers a few notable takeaways, both to companies drafting proxies as well as to lawyers defending securities cases.

Under existing securities law precedent, when it comes to regulatory review risks, boilerplate disclosures are not enough. The Court explained that practices specific to M&T made the regulatory review riskier than usual; those risks should have been disclosed. The Court rejected “M&T’s contention . . . that only risks that are, or later blossom into, regulatory enforcement actions require disclosure,” noting that “Item 105 is not so narrowly drawn.” What needed to be disclosed, the Court explained, was not a legal conclusion whether M&T practices were compliant, but rather the risk that the regulatory review of those practices would pose to their merger.

The Court was careful, however, to limit this holding: “registrants need not list speculative facts or unproven allegations, even if they fit within one of the identified [risk] factors.” The Court reiterated that “disclosure is not a rite of confession, and companies do not have a duty to disclose uncharged, unadjudicated wrongdoing.” In particular, the Court was careful to clarify that hindsight allegations would not help plaintiffs: “we do not hold that the regulatory enforcement actions by themselves required M&T to disclose these issues,” and that “[l]ater litigation or regulatory enforcement does not create a retroactive duty to disclose.” On the contrary, the Court emphasized “the longstanding limitations on securities fraud actions that insulate issuers from second-guesses, hindsight clarity, and a regime of total disclosure.”

The Court sounded a cautionary note against any proliferation of securities class action filings, stressing that it was not the focus of its ruling to second-guess M&T’s business decisions. The Court did not impose new obligations on registrants, nor did it signal a greater willingness to allow merger-related securities class actions to survive the pleading stage. Rather, it simply reiterated well-known principles of securities law that, applied to the unique, unfavorable facts in M&T, made the Court overcome its “worry over the many well-argued doubts about these kinds of aggregate claims.”

Finally, the Court noted a rising tide of merger litigation in federal courts and questioned whether Section 14(a) allows a private right of action. While it acknowledged its limited ability to overrule existing precedent, the Court intimated that the Supreme Court may have a renewed appetite to examine private rights of action under Section 14, which the Court described as “relics” of an “ancien regime.”