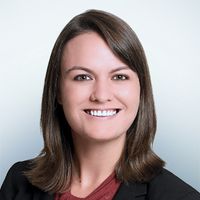 The Committee on Foreign Investment in the United States (CFIUS) recently announced proposed changes to the scope of transactions subject to a mandatory filing requirement.[1] The proposed rule amends the “critical technology” mandatory requirement to more closely align with US export control policy—changes that likely will reduce the number of mandatory filings by acquirors from most US allied jurisdictions, while requiring filings more often from parties based in other jurisdictions—and also clarifies certain aspects of the mandatory filing requirement applicable to government owned acquirors.

Out with the industry test

The proposed rule would do away with the North American Industry Classification System (NAICS) code-based industry prong of the originally two-pronged mandatory filing test established in 2018, resulting in a mandatory filing being triggered if the US business is involved with critical technologies, regardless of whether it is active in, or produces critical technologies for, a specified industry.

In with an export licensing test

While still requiring the US business to be one that “produces, designs, tests, manufactures, fabricates, or develops” a critical technology, the mandatory filing requirement would only apply where export of the critical technology to the investor (or any entity or person in its ownership chain that holds at least 25% voting interest in the next lower rung) requires a US government export authorization.

A boost for clarity (and good governance)

Because the scope of each NAICS code is ambiguous and the NAICS system was created for statistical purposes, it is ill-suited for a regulatory requirement where failure to file a required notice could subject the parties to significant penalties. Export controls, by contrast, lend themselves to considerably greater precision in most instances.

A boost for national security

The NAICS codes were not necessarily effective at identifying transactions most likely to pose national security concerns, being both underinclusive and overinclusive. For example, most of the designated NAICS codes are manufacturing codes. However, there are any number of service industries that could be equally or more sensitive. On the other side, for mandatory filing purposes, the regime treated a Canadian public company the same way as a company owned by a Russian oligarch.

A boost for most major US allies

All covered acquisitions of companies that manufacture, fabricate, develop, design, produce, or test items controlled under the International Traffic in Arms Regulations (ITAR) will be subject to a mandatory filing requirement, with certain limited exceptions (such as for qualifying Australian, Canadian or UK “Excepted Investors” and certain US-controlled investment funds). However, as major US allies receive favorable treatment under the dual-use controlled Export Administration Regulations (EAR), they will likely see fewer transactions subject to the mandatory filing requirement. Canadian investors that do not otherwise qualify as Excepted Investors stand to benefit the most, as Canada is subject to very few controls under the EAR. Countries such as Australia, France, Germany, Japan, Spain, Turkey, and the UK also stand to benefit, given their favorable treatment under the EAR.

A drag for countries that are not favorably treated under export controls, including some allies

Chinese and Russian investment in most companies that manufacture, fabricate, develop, design, produce, or test critical technologies, not surprisingly, will now be subject to a mandatory filing requirement in most cases (Hong Kong, with more favorable treatment than China ordinarily, loses some of that benefit in the CFIUS context, and stands to lose even more in response to recent developments there). Perhaps less expected, countries like Israel, Singapore, and Taiwan also may find an increased number of transactions subject to a mandatory filing requirement. These countries are subject to numerous export controls and license exceptions that normally might allow export of technology to these countries without a license; however, those exceptions are not considered in the CFIUS mandatory filing analysis. For these countries, the industry list served as a limitation; with that limitation gone, investment in a far broader range of US companies is potentially within scope.

It plugs a vexing hole in the dual-use export controls

If a foreign person wants to buy a company that produces munitions regulated under the ITAR, it has to at least notify the State Department in advance. If a foreign company wants to buy a company with classified contracts, it needs to notify the Department of Defense. But, historically, for technologies controlled under the EAR, a foreign person may have required a license to receive access to such technology, but it could buy the entire company without first notifying the government. This proposed rule would effectively plug that hole.

Even under the existing mandatory filing program, understanding how things are classified under export controls has become enormously important. The proposed rule ratchets this up a full turn, now requiring a full export analysis that considers not just the classification of the US business’s technologies, but what limitations apply to a given foreign person.

While some minor clarifications are needed, we expect the rule to largely be adopted as is

The proposal is subject to a 30-day public comment period, after which CFIUS will issue a final rule, most likely sometime over the summer. Any transactions executed between now and the effective date of the final rule will continue to be subject to the current mandatory filing regime, including the industry-based test.

Under the proposed rule, parties would be required to submit a filing to CFIUS with respect to any covered transaction if the export or transfer of its critical technology to the foreign acquiring person would require certain US regulatory authorizations defined to include:

If any one of the critical technologies produced, designed, tested, manufactured, fabricated, or developed requires a US regulatory authorization, the entire transaction is subject to the mandatory filing requirement.

The need for a US regulatory authorization is determined based on the foreign person’s principal place of business or nationality pursuant to the US regulatory authorization and assumes the foreign person is an end user where applicable. The mandatory filing requirement can apply to any entity in a foreign person’s ownership chain that holds a 25% or greater voting interest in the next lower rung of the ownership chain. The interest of persons who have formal or informal arrangements to act in concert, or agencies or instrumentalities of a single foreign state, are aggregated for purposes of calculating ownership interests.

CFIUS is accepting public comments on the proposed changes until June 22, 2020. The amendments in the proposed rule will not take effect until the effective date of any finalized rule.