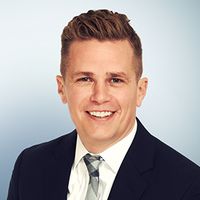 It’s a natural human phenomenon. After a period of intense activity, it’s perfectly understandable to relax, take a step back and catch one’s breath. M&A deals are no different. The push to get a deal signed is often marked by long days and, sometimes, long nights for all involved. Once the deal is signed, it’s natural for the deal teams, for management, for the respective boards of directors, to go home, get a bit of sleep and go into “execution mode.” “Let’s get this closed,” they say.

But in the current environment—marked by significant volatility and radical shifts in the prospects for one or both merger parties or the combined company—that sentiment can lead to the wrong result for stockholders as circumstances change post-signing. Where a stockholder vote is required for a transaction (on either the buy-side or the target side) and has not yet been obtained and therefore the recommendation and disclosures by the board to its stockholders remain in the spotlight, the board needs to remain especially vigilant and active.

The potential has never been higher for new circumstances to arise that potentially alter the assessment of whether a transaction is still in the best interests of the stockholders that will be voting on that transaction. Directors need to remember their continuing duty to stockholders to consider this issue in the run-up to the stockholder vote.

Directors of merger parties must remain actively engaged after a merger agreement is signed. A seemingly increasing number of cases have been critical of boards for failing to act – for instance, the recent Tile Shop case where directors failed to act in preventing certain insiders from acquiring increasing control (which we wrote about here) and the growing line of Caremark cases where the board either (i) “utterly failed to implement any reporting information restrictions or controls” or (ii) having implemented them, “consciously failed to monitor or oversee their operations, thus disabling themselves from being informed of risks or problems requiring their attention” (which we wrote about most recently here).

In the context of a board continuing to recommend that its stockholders vote in favor of a merger though, it’s not just a failure to act, the board is taking an affirmative action in continuing to make a recommendation to stockholders and in delivering a proxy statement that purports to have all the information material to the stockholders’ decision on how to vote on the merger. These actions—the continued making of a recommendation to stockholders on how to vote and the provision of the disclosure—should reflect the most updated information reasonably available up until the stockholder meeting has actually been held.

Here’s what boards should be doing between signing and the stockholder vote in our volatile and dynamic world:

If the merits of the merger appear shaky in light of new developments, the board should consider having management update the projections and the financial advisor update its analyses. The pandemic era is not a time to be hesitant to ask management and advisors to revisit their prior work in view of the often radically new circumstances that are confronting businesses.

Revisiting recommendations and disclosure at milestones

Directors should know the general status of the transaction and where the parties are in the overall march to closing—when the proxy statement is going to be mailed, when the stockholder meeting is occurring, and the timing of regulatory approvals and the occurrence of events that may be indicators of the prospects of the merger parties. It is a good practice in connection with the most important milestones, such as the filing of the definitive proxy statement, for the board, with support from management, to check in to revisit the basis for its recommendation and the adequacy of the disclosure to stockholders.

Public company merger agreements typically permit the board to make new disclosure and even to change it recommendation, but there are usually a number of procedures and substantive requirements in the merger agreement that must be adhered to strictly. Deviations can result in liability of the merger party and even a termination right for the counterparty.

More fundamentally, directors should understand what happens under the agreement if the board does change its recommendation. Doing so typically triggers the right of the other merger party to terminate the merger agreement and collect a hefty termination fee. If the company has to pay this fee, does that change the board’s calculus when considering whether to change its recommendation?

Is it possible for the board to thread the needle by maintaining its recommendation in favor of the deal by citing to the adverse consequences of withdrawing the recommendation (including the triggering of the right of the other party to terminate and receive a fee), while still disclosing the circumstances that render the merger less favorable than the board anticipated when the merger agreement was initially approved by the board and executed?

It’s human nature to lose focus once a goal has been achieved (i.e., signing). In the current market however, boards of merger parties that need to obtain a stockholder approval will need to stay disciplined, stay focused and finish strong—whatever “finishing” may mean in the context of a particular deal’s facts and circumstances. Our world seems to be changing daily and corporate law demands that directors continue to be informed, and to keep their stockholders informed, as their deal teams work to get pending deals to closing.