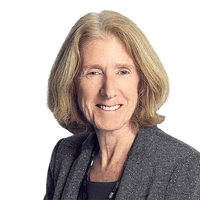 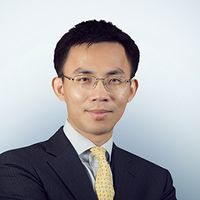 On Wednesday, May 20, 2020, the United States Senate unanimously passed a bill which potentially could result in the future delisting from US exchanges of companies whose auditors cannot be inspected by the US Public Company Accounting Oversight Board (the “PCAOB”) because a foreign governmental authority is prohibiting the inspection. This legislation could affect up to approximately 245 companies based in mainland China or Hong Kong, which are listed on the NYSE or Nasdaq, whose auditors cannot be inspected by the PCAOB, according to a list published by the PCAOB. However, at this point it is not yet clear if the legislation will also be enacted in the House of Representatives, in its current form or at all, and if enacted as currently drafted, the legislation would not require any delisting until at least 2024.

US reporting companies, whether or not organized in the US, are required to file audited financial statements each year with the US Securities and Exchange Commission (the SEC). The financial statements must be audited by an independent accounting firm which must be registered with the PCAOB. The PCAOB is the principal US regulator that oversees the audits of public companies and SEC-registered brokers and dealers and is overseen by the SEC. The PCAOB is required by US law to conduct regular inspections of all registered public accounting firms, both domestic and foreign, that issue audit reports or play a substantial role in the preparation of them. The PCAOB inspections assess compliance by the accounting firms with US law and professional standards in connection with their audits of public companies. PCAOB inspections can result in the identification of deficiencies in audits and/or in quality control procedures, which can result in the accounting firm performing additional procedures and sometimes can require the audited public company to revise and refile its financial statements.

Currently, according to the PCAOB, positions taken by Chinese authorities impede its ability to oversee PCAOB-registered audit firms in mainland China and Hong Kong. In particular, according to the PCAOB, these positions impair the ability of the PCAOB to conduct inspections of the audits of public companies with China-based operations (The PCAOB also currently faces obstacles to inspect auditing firms in Belgium and France, but the PCAOB has indicated that it expects to enter into bilateral cooperative arrangements that will permit the PCAOB to commence inspections in Belgium and resume inspections in France).

The Senate bill that was unanimously approved on May 20 states that the SEC is required to identify each US reporting company that, with respect to the preparation of the audit report on the financial statements of the issuer, retains an auditing firm that has a branch or office that is located in a foreign jurisdiction and which the PCAOB is unable to inspect because of a position taken by an authority in the foreign jurisdiction. The SEC is also supposed to require each such issuer to submit to the SEC documentation that establishes that the issuer is not owned or controlled by a governmental entity in the foreign jurisdiction mentioned.

If the SEC determines that a US reporting company’s auditor for three consecutive years has not been able to be inspected by the PCAOB, beginning with the first year following enactment of the law, then the SEC must prohibit the securities of the issuer from being traded on a US national securities exchange (e.g., NYSE or Nasdaq). If the issuer can then certify to the SEC that it has retained an auditor that the PCAOB has inspected, the SEC will then end the prohibition on the trading of the issuer’s securities.

If the SEC later determines that there is another year in which the company’s auditor is unable to be inspected by the PCAOB, then the SEC must prohibit the securities of the issuer from being traded on a national securities exchange for a five-year period.

The Senate bill also provides that, with respect to a non-US company whose auditor cannot be inspected by the PCAOB, the issuer’s annual report on Form 10-K or 20-F must include disclosure regarding (i) the percentage of the shares of the issuer owned by governmental entities in the foreign jurisdiction, (ii) whether governmental entities have a controlling financial interest in the issuer, (iii) the name of each official of the Chinese Communist Party who is a director of the issuer or the operating entity with respect to the issuer, and (iv) whether the articles of incorporation of the issuer contain any charter of the Chinese Communist Party.

On Wednesday, May 20, 2020, Congressman Brad Sherman, a Democratic House member from California, introduced similar legislation in the US House of Representatives. At this point it is not clear whether or not the bill will be approved in the US House of Representatives in its current form, with amendments, or at all. Any law ultimately adopted could be different than the bill the Senate approved.

If the legislation becomes law in its current form, it would not lead to the immediate delisting of any company. It requires the SEC to delist a company when it has had three years of audits by an auditor who could not be inspected by the PCAOB, starting with the first year after adoption of the law. Therefore, if the bill became law in 2020, the SEC would not be able to delist any company until 2024 at the earliest.

If the legislation becomes law, the SEC and likely also the national stock exchanges will need to adopt rules in order to implement the legislation. It is possible that the new rules could provide grace periods and appeal periods during which a company might remain listed.

Ultimately, if this bill becomes law, and if the PCAOB still cannot inspect the auditing firms reporting on Chinese companies, companies listed in the US who fear that within several years they will be delisted may over time determine to seek a dual listing on another exchange outside the United States, such as the Hong Kong Stock Exchange or the London Stock Exchange. For example, in 2019, Alibaba listed in Hong Kong while continuing its listing in New York.

It is also important to consider that, even if a company is delisted from an exchange, depending on the circumstances relevant to the company, its reporting obligations with the SEC (annual report and current reports, among other things) will still continue.

In addition to the Senate bill, Nasdaq has also submitted a proposal to the SEC which would give Nasdaq more specific authority to delist a company if the company’s auditor is not inspected by the PCAOB.

According to the Nasdaq proposal, currently Nasdaq may rely on its broad authority to deny initial or continued listing or to apply additional and more stringent criteria when the auditor of an applicant or a Nasdaq-listed company (1) has not been subject to an inspection by the PCAOB (either historically or because it is newly formed and has therefore not yet undergone a PCAOB inspection), (2) is an auditor that the PCAOB cannot inspect, or (3) otherwise does not demonstrate sufficient resources, geographic reach or experience as it relates to the company’s audit, including in circumstances where a PCAOB inspection has uncovered significant deficiencies in the auditor’s conduct in other audits or in its system of quality controls.

Nasdaq’s proposal would add to its broad authority specific factors related to a company’s auditor which Nasdaq may consider in order to deny initial or continued listing or to apply additional and more stringent criteria to an applicant or a Nasdaq-listed company. As proposed, such factors would include (1) whether the auditor has been subject to a PCAOB inspection, such as where the auditor is newly formed and has therefore not yet undergone a PCAOB inspection or where the auditor, or an accounting firm engaged to assist with the audit, is located in a jurisdiction that limits the PCAOB’s ability to inspect the auditor, (2) if the company’s auditor has been inspected by the PCAOB, whether the results of that inspection indicate that the auditor has failed to respond to any requests by the PCAOB or that the inspection has uncovered significant deficiencies in the auditor’s conduct in other audits or in its system of quality controls, (3) whether the auditor can demonstrate that it has adequate personnel in the offices participating in the audit with expertise in applying US GAAP, GAAS or IFRS, as applicable, in the company’s industry, (4) whether the auditor’s training program for personnel participating in the company’s audit is adequate, (5) for non-US auditors, whether the auditor is part of a global network or other affiliation of individual auditors where the auditors draw on globally common technologies, tools, methodologies, training and quality assurance monitoring, and (6) whether the auditor can demonstrate to Nasdaq sufficient resources, geographic reach or experience as it relates to the company’s audit. Nasdaq’s proposing release states that it would consider these factors as a whole and that it “may be satisfied with an auditor’s qualifications notwithstanding the fact that the auditor raises concerns with respect to some of the factors set forth above.”

While Nasdaq has submitted this proposal to the SEC, as of today it has not yet appeared on the portion of the SEC’s website which lists proposed regulations, and we do not have visibility as to whether or not this proposal will be approved by the SEC in its current form, or at all. Nasdaq believes it currently has authority to elect not to list or to delist companies based on these criteria and, accordingly, this proposal, if approved, would primarily confirm Nasdaq’s authority rather than constitute a change in the existing rules.

Given the uncertainty regarding whether the Senate bill will become law, the fact that any required delisting would not take place for at least three full years after adoption of the law, and the possibility that any implementation period may contain grace periods and/or opportunities to appeal, we do not think that Chinese companies listed in the US necessarily need to take any action at the present time.

However, Chinese companies listed in the US may increasingly consider obtaining a second listing in another jurisdiction outside the United States, as a precautionary matter. Companies also should consider reviewing their debt documents, derivative agreements and other contracts in order to evaluate whether a delisting in the United States is an event of default or covenant breach under any of such contracts. If so, the company might consider, at some point, discussing the possibility of a waiver with the counterparty to the agreement. The possibility of a US delisting also should be kept in mind as new debt facilities and contracts are negotiated going forward. Finally, whether or not there is a risk of delisting, we believe it can also be prudent for companies to evaluate their internal controls and disclosure controls in order to potentially prevent or discover issues and thereby avoid litigation or government enforcement actions.

If you would like to discuss this post, please feel free to reach out to any of the authors or other US securities partners and counsel.