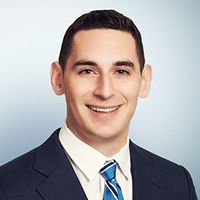 A warning to potential acquirors of distressed targets appears at the end of the Delaware Court of Chancery’s recent opinion in In re Tesla Motors, Inc. Stockholder Litigation.

The suit challenges the Tesla board’s decision to acquire SolarCity as an alleged bailout of a floundering company in which Tesla’s Elon Musk had a substantial economic interest. One of the claims on which the Court refused to grant the Tesla defendants’ motion for summary judgment, after reviewing the pre-trial evidence, was that the Tesla board’s decision to engage in the acquisition constituted “corporate waste.”

While Vice Chancellor Slights acknowledged that corporate waste claims have historically been difficult to establish, he concluded that proving waste “is not impossible” and then permitted the claim to survive the motion for summary judgement, reasoning:

“Plaintiffs claim they will show at trial that SolarCity was worth almost nothing when the Merger was consummated. If SolarCity was, in fact, insolvent when Tesla acquired it, that proof may well sustain a waste claim.”

A claim for corporate waste requires, as the opinion notes, the transaction in question to be “so one sided that no business person of ordinary, sound judgment could conclude that the corporation has received adequate consideration.” Furthermore, as the Court acknowledges, the rare waste claims on which plaintiffs have prevailed have been limited to “unconscionable cases where directors irrationally squander or give away corporate assets.”

But Vice Chancellor Slights’ holding nonetheless seems to imply that paying a premium for a company that is “worth almost nothing” on a stand-alone basis “may well” fall into the category of corporate waste and that the Court of Chancery is prepared to permit waste claims against fiduciaries of buyers of deeply distressed targets to survive pre-trial motions.

Significant purchase prices are regularly paid for targets (including unicorns and other start-ups) despite the fact that they are in “stealth mode” or otherwise “pre-revenue,” burning cash at a pace that has put them on the road to eventual insolvency or has left them without a foreseeable path to profitability. Moreover, a significant portion of new M&A activity in our current economic environment post-COVID-19 will likely consist of cash-rich companies competing to buy targets facing extreme liquidity crises.

Acquirors have their reasons for these acquisitions—for instance, they regularly attribute significant value to the brand, technology or other intellectual property, market position, founders, or key employees of these targets. What should boards and managements of purchasers do in response to Vice Chancellor Slights’ warning that paying a premium price for a target, which is arguably insolvent or otherwise worthless on a stand-alone basis, may be enough to sustain a waste claim against the fiduciaries of the acquiror (at least during pre-trial motions)?

Vice Chancellor Slights’ warning was timely given the current downturn. Now the burden is on directors and officers to be sure they are taking the right affirmative steps when buying distressed targets so that these fiduciaries are positioned to defeat waste claims before having to endure a trial on these claims, as will be happening in the Tesla case.

“Plaintiffs claim they will show at trial that SolarCity was worth almost nothing when the Merger was consummated. If SolarCity was, in fact, insolvent when Tesla acquired it, that proof may well sustain a waste claim.”