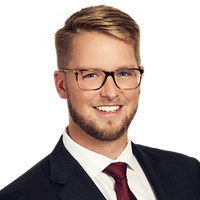 Companies facing increasing uncertainty about contractual performance have a tool that might bring certainty in uncertain times – a demand of adequate assurance.

So, those either facing a shaky counterparty, or those who receive a demand with the words “adequate assurance” in it, would be well served to understand the doctrine.

The doctrine of adequate assurance provides parties with a tool to potentially regain certainty – that is the point of the doctrine. It is also a tool that can hasten the end of a contractual relationship, so it is something anyone dealing with an uncertain situation should know about.

What is adequate assurance?

Ultimately, the doctrine of adequate assurance aims at protecting both parties from the possibility of undue hardship when “either the willingness or the ability of a party to perform declines materially between the time of contracting and the time for performance.”[iii]

Scope of application of adequate assurance

Indeed, § 251 of the Second Restatement of Contracts, which has been adopted by many states as the common law of contracts, tracks with the U.C.C. and provides for adequate assurance “without regard to the subject matter of the contract.”[v]

As such, in many states, parties should not view adequate assurance as a remedy available solely under contracts for the purchase and sale of goods, governed by the U.C.C.

Who has the right to demand adequate assurance?

Any party to a contract can request adequate assurances from a counterparty when reasonable grounds for insecurity arise,[vi] and when the U.C.C. or state law allows for parties to that particular type of contract to demand adequate assurances.[vii]

In general, the reasonableness of grounds for insecurity is a question of fact, but in some cases, the issue has been resolved as a matter of law.[viii]

What must the demand include?

A strong demand for adequate assurance will meet several criteria.

What makes assurance adequate? Does the counterparty have other options?

Whether an assurance of due performance is adequate is a fact intensive inquiry.[xii]

Courts consider several factors when assessing whether a party’s assurance of performance is adequate, including the parties’ relationship and prior dealings, the cause of the uncertainty, the non-performing party’s reputational risk, and the time given to provide assurance.[xiii]

In response, the counterparty may be able to argue:

Given the universal effects of COVID-19, it is possible that a large number of contractual counterparties will invoke the adequate assurance doctrine. As courts are often protective of contracts and contractually-based expectations, they may seek to narrow this common law doctrine in the interest of equity.

Additionally, there may be divergence between courts as they determine the interaction of adequate assurance demands and excuses of force majeure. Under the U.C.C., for instance, demands for adequate assurances may not be available in certain extenuating circumstances, such as fire or other catastrophe.[xiv]

Furthermore, although there are no negative legal consequences to a party that merely requests adequate assurance prematurely or unnecessarily, if that party then incorrectly deems the assurance it receives from its counterparty inadequate, and terminates, there is a risk that a court will find the assurance to be adequate and the party’s termination to be a breach of the agreement.[xv]

This gives counterparties some protection from frivolous demands of adequate assurance as a pretense for terminating the contract.

Ultimately, parties to contracts that are threatened by COVID-19 and its far-reaching consequences would be wise to consider demanding adequate assurances from its counterparty.

At the same time, counterparties who receive a demand for adequate assurance should be prepared to respond promptly and effectively to avoid termination of the contract.

COVID-19 Insecurity: Using a Demand for Adequate Assurance Under the UCC https://t.co/WYtF6zGm2V @joneswalker